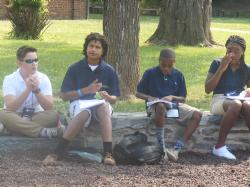 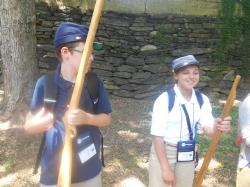 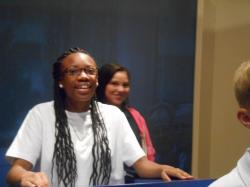 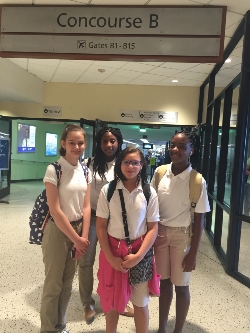 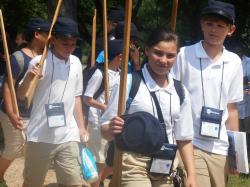 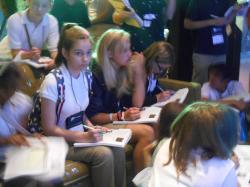 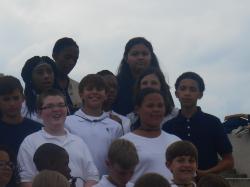 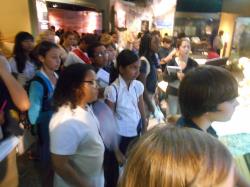 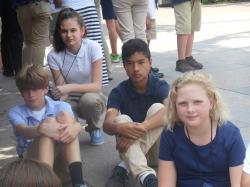 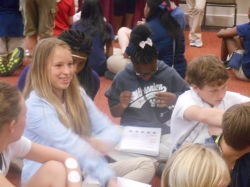 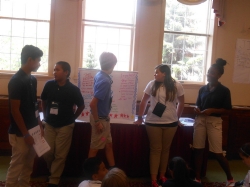 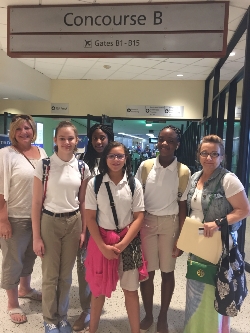 Students participated in icebreakers with the other students and received an introduction to the different leadership concepts that will be covered throughout JrNYLC: character, communication, goal setting, problem solving, respect and teamwork.
Students discussed the first amendment and the freedoms it guarantees, while focusing on students’ rights in schools; investigation of U.S. history with a visit to the National Museum of American History; they studied artifacts from our nation's history and reflected on their importance: took a tour of an exhibit where they examined the seven different roles of an American President; continued investigation of Washington, DC's rich history with an exploration of some of our most iconic historical memorials, including the Korean War Veterans Memorial, the Lincoln Memorial and the Vietnam Veterans Memorial.

The students traveled to Harper's Ferry National Historical Park in West Virginia. This beautiful area was the site of abolitionist John Brown's daring, and ultimately unsuccessful raid on a federal armory in 1859. Students examined Brown's life story and discussed leadership characteristics, the challenges Brown faced, and debated his actions. Along with the park rangers, students dressed in historically accurate clothing and engaged in a variety of hands-on simulations that mimicked life in the United States during the years leading up to the Civil War. Students scrubbed laundry on a wash board, participated in military drills, worked as war correspondents, and experienced what life was like on the home front.

Students participated in a simulation called “My Day in Office,” in which each scholar had the chance to role-play important government officials as they worked through a national problem. They learned how leaders use their voices to take a stand and make a difference. In the evening, they worked with their LFG members to create a social organization to serve as their own "voice of courage" for a special topic that impacts local communities. The final project tasked the students with using the new leadership skills they have developed at JrNYLC this week.

JrNYLC has been a week filled with adventure and learning. Throughout the day yesterday, the students polished their new found leadership skills with a presentation and discussion of their LFG's social organization. In the evening, they watched Shackleton's Antarctic Adventures, an IMAX movie about Sir Ernest Shackleton's trans-Antarctic journey. The students ended the night with a sleepover at the Maryland Science Center.